Now That's a Whale of a Tale! 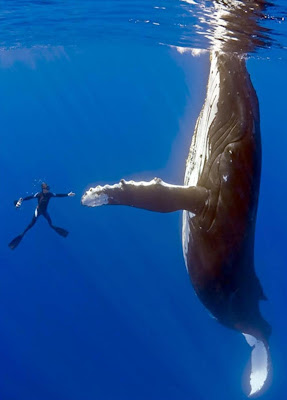 The Big Boss (School Principal) sends out a memo every Monday with a recap of the past week, upcoming events, etc. There is usually an inspirational message somewhere within. This past week, she included this picture, and the following story. I found both to be so very amazing and wanted to share them with you.


...The Whale... If you read a recent front page story of the San Francisco Chronicle, you would have read about a female humpback whale that had become entangled in a spider web of crab traps and lines. She was weighted down by hundreds of pounds of traps that caused her to struggle to stay afloat. She also had hundreds of yards of line rope wrapped around her body, her tail, her torso, a line tugging in her mouth. A fisherman spotted her just east of the Farallon Islands (outside the Golden Gate) and radioed an environmental group for help. Within a few hours, the rescue team arrived and determined that she was so bad off; the only way to save her was to dive in and untangled her. They worked for hours with curved knives and eventually freed her. When she was free, the divers say she swam in what seemed like joyous circles. She then came back to each and every diver, one at a time, and nudged them, pushed them gently around as she was thanking them. Some said it was the most incredibly beautiful experience of their lives. The guy who cut the rope out of her mouth said her eyes were following him the whole time, and he will never be the same.

For me, this is a gentle reminder that it's okay to get involved sometimes, when someone could use a little help.


Thanks for stopping by. Have a great week!
Posted by noexcuses at 2:28 PM

That put real tears in my eyes. Thank you. I've seen that photo before and loved it, and I'll never look at it the same way again now.

I so believe this great story...animals are very smart and truly know when they have been rescued. I had a dog once that liked my husband but never followed him around or would run to him at all, until one day he saved her life when her head was stuck in a wire fence. After he safely got her out she followed him around jumping with joy with her new hero! Thanks for sharing such a great story!

Great story! Thanks for sharing! 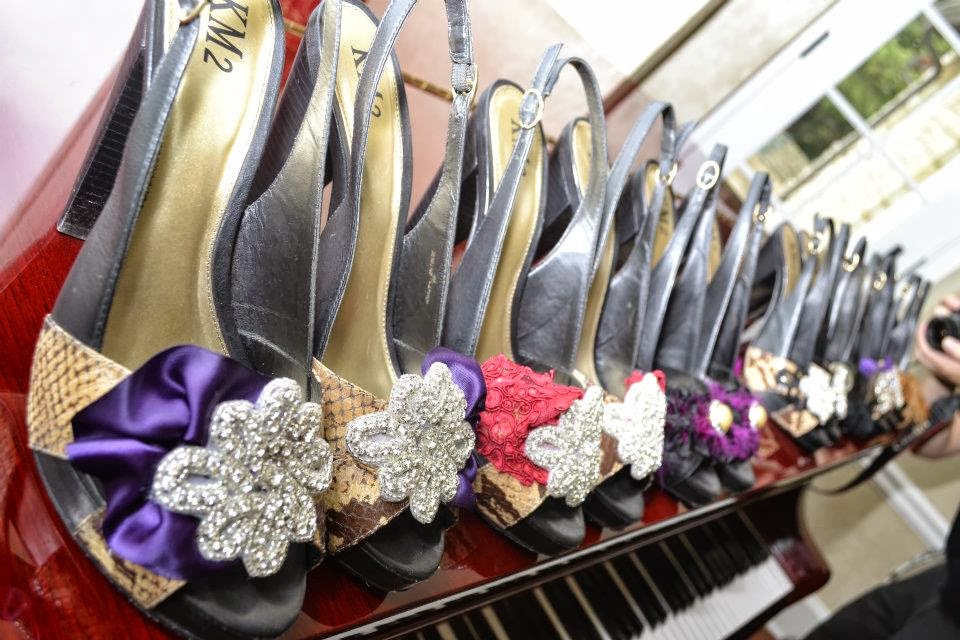 Shoes To Live In 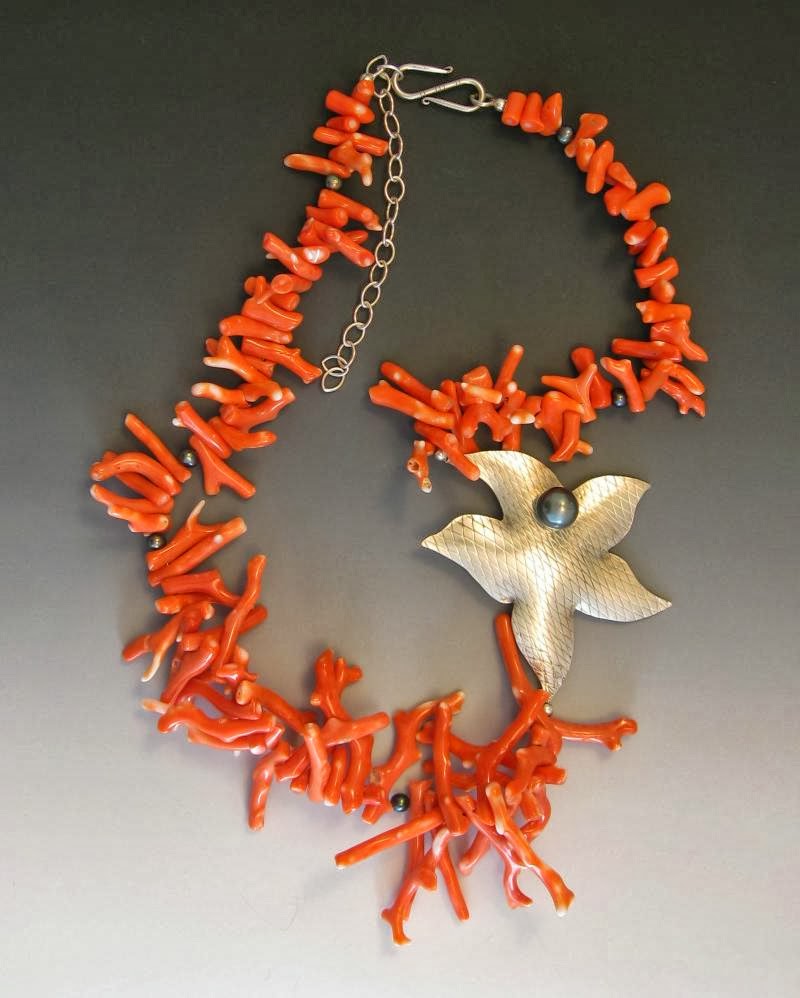